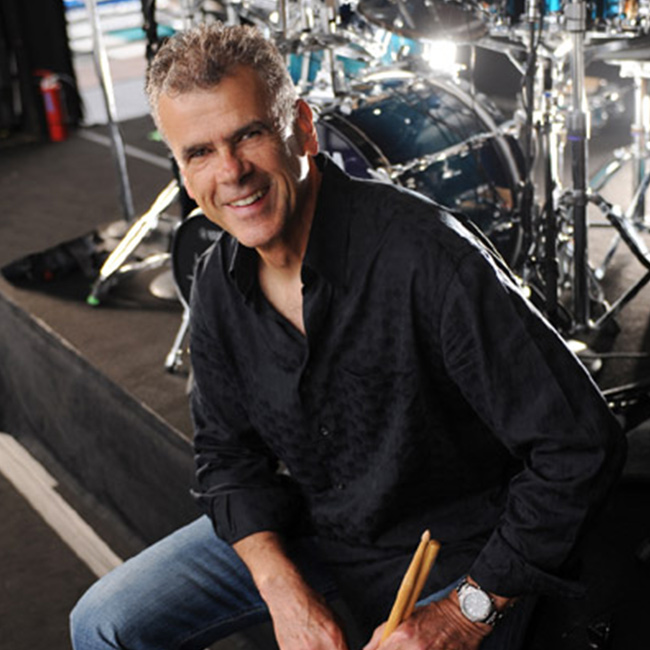 One of the great things for me about Tower of Power is that we share a common approach to making music. We’ve always had players who understand what it means to be a team. It’s a very “old school” philosophy. We’re the sum of our parts — that’s our strength. We take the stage as ten individuals, but there comes a time in the set when everyone locks into the moment, we’re all in the same place and we become…one person, one entity.

I started playing music in the Pleasanton Elementary School band, then in my senior year in high school I joined the Sid Reis Big Band — my first “pro” gig. After high school I joined a funk band called The Disciples and my journey with Tower started in 1970, in Lake Tahoe, Calif. There have been so many memorable shows, but the most significant would have to be the weekend we opened for Aretha Franklin at the Fillmore West in San Francisco. When I think about watching her from the wings leading King Curtis and the Kingpins with Bernard Purdie on drums…that was awesome.

Writing “What Is Hip?” with Doc (Kupka) and Emilio (Castillo) — boy, that sure turned out OK., didn’t it? (Laughs.) So it’s hard for me to appreciate it’s impact in a socio-cultural way – give me a break! (Laughs.) It was so much a song for the times. That’s how I think of it, coming at a tumultuous time of change and upheaval in the Bay Area in the early Seventies. Because that’s the environment we were born into, the time we came of age. And we still have that attitude in our music, I think. We’re still just…doing our thing.

We spent a lot of time “searching” in the Seventies, striving to realize our goals, as people and as musicians. There was lots of self-examination. (Laughs.) And you learn that, if you play enough music and work with enough people – if you experience enough life — you find out what’s really important. In retrospect, I must say, accepting where I’m at came more easily, more quickly, than I thought it would. It’s a satisfying feeling, actually.

Not that I want to get complacent! (Laughs.) I’m never totally satisfied with where I’m at, personally — or where Tower is at, artistically, because I’m an advocate for change at all times. That’s me, always pushing the envelope. That’s how you grow. So Tower can be a difficult place for someone like me to be working, but I relish my role as a catalyst for change! (Laughs).

It’s kind of interesting – the dynamics of writing and putting our music together is a very creative thing, yet the nuts and bolts of gigging day after day – well, it’s difficult to stay creative in a situation like that. It’s almost the enemy! But the thing that we do to keep the process artistic is the way we go about performing our business. That requires a different kind of creativity. It means concentrating on the business at hand. People say, ‘I don’t see you smiling? Are you enjoying yourself?’ And I think, ‘That’s kind of weird.’ Because I’m smiling on the inside!

I admit, I like the reputation of being…enigmatic, if you will. The idea that my close friends know me well, and those who don’t aren’t sure what to think! (Laughs.) Which either makes me an incredible human being or — more likely — a royal pain in the ass! (Laughs).

Now, how about some props for some of the people who’ve allowed me to become “myself.” James Campana was my high school band teacher and he got me started in the right direction. Eugene Graves was my college band teacher, a great man with a passion for life and music. Chuck Brown was my first private drum teacher; he taught me so much about the value of discipline. In later years I studied with Murray Spivack who mentored me with love and respect – he was the best. And Sandy Feldstein. He believed in my work and published my first instructional book.

There are friends I’ve made for life, like Skip Mesquite — without question, absolutely the best friend a man could have. And Michael Spiro, who was one of my former band mates and is truly one of the great men in this world. Whenever we’re together I learn something. And what can I say about our fearless leader? Emilio gave me the opportunity to find my voice, absolutely.

I love being at home to cook, run and generally stay in shape. And I just became a father again, to Marco Giovanni Garibaldi. Music lessons will be starting soon, Gio! (Laughs).

I’m very appreciative of my gift and happy to know I’ve inspired so many people. It’s just hard for me to process. I mean, let’s face it — the story is still being written. Which is why I don’t really like to talk about my gift because I understand my shortcomings better than anyone else. I still have so much more work to do — what I do is only a portion of what I’m attempting to do. But every artist is like that, I guess. Realizing your full potential…is it really possible? Or is it just a pot dream — you know, hippie talk?! (Laughs).

This much I do know: the first hundred years are the toughest!

David's schedule is limited to Saturdays when Tower of Power is not touring. If you'd like to take a lesson with him, please put in a lesson inquiry to get on our mailing list and be sure to follow us on Instagram @dubsdrumbasement. 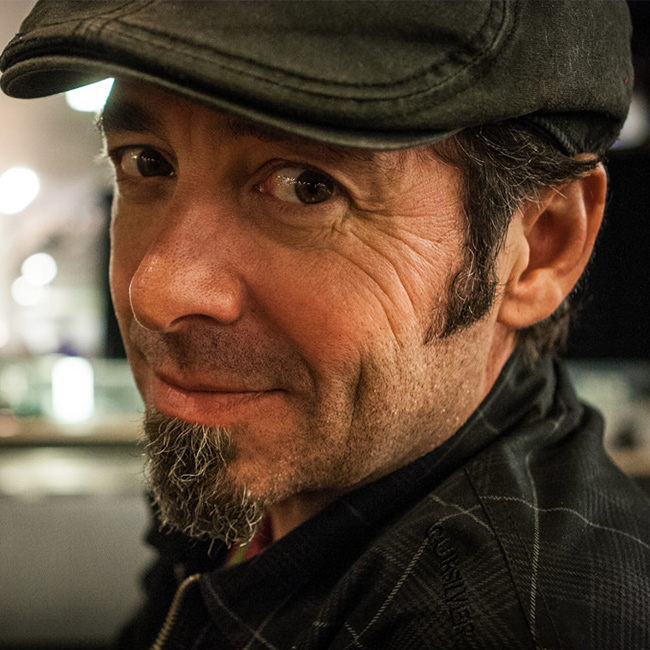 For over 20 years now, Jeff Campitelli is the one drummer that virtuoso-guitarist Joe Satriani consistently relies upon. In Joe’s words, “He sets me free to really play. He always finds a deep groove and pocket, which I’ve learned I need to play my best.”

What makes Satriani so successful is that his music isn’t just about flashy chops….it’s really about well-written songs with memorable melodies and addictive grooves. Like his boss, Campitelli has all the chops, but knows when and when not to use them.

Jeff enhances, supports and lifts the music. He plays for the song. What also sets him apart is his ability to perform equally well, both live and in the studio. Many artists today have their live guy and/or their studio guy but Joe has everything he needs, all on one drum throne.

Through the years with Satriani, Jeff Campitelli has made 21 albums (including 3 Gold and 1 Platinum), 7 live concert DVDs and has played on 15 Grammy nominated songs. On the infamous G3 tours, other master guitarists Jeff has backed up include Steve Vai, Eric Johnson, Robert Fripp, Steve Lukather and Kenny Wayne Sheppard, to name just a few. 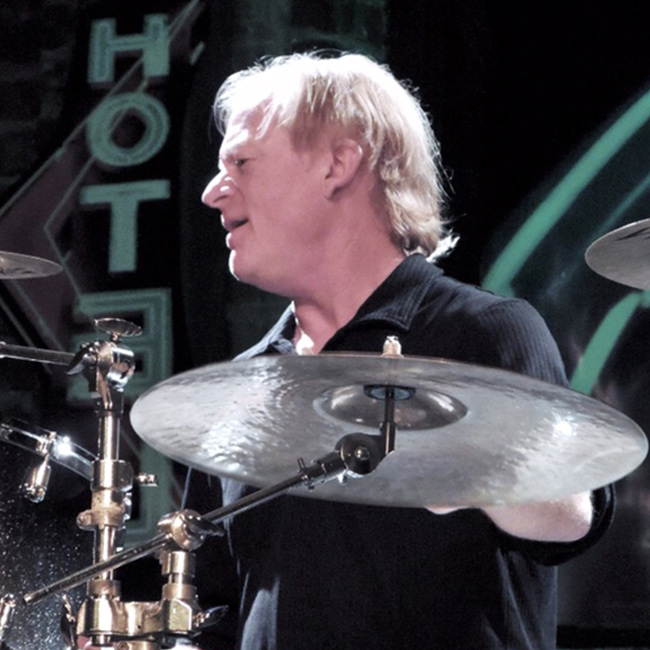 T has been playing drums professionally for 36 years (as of 2016) and teaching for nearly as long. Some of the bands he has been in are: Starship, Lydia Pence & Cold Blood, Daniel Castro Band, Pacific Brass & Electric, Jim Chappell, and many more.

He has also been teaching drums for 32 years +. One of my most sought after specialties is in “Moeller Technique”. Gladstone (Freestroke) and other hand and foot techniques for Drumset and Snare Drum Studies. Reading, Rudiments and all styles of Drumset playing are offered. Please contact the store for lessons with T. 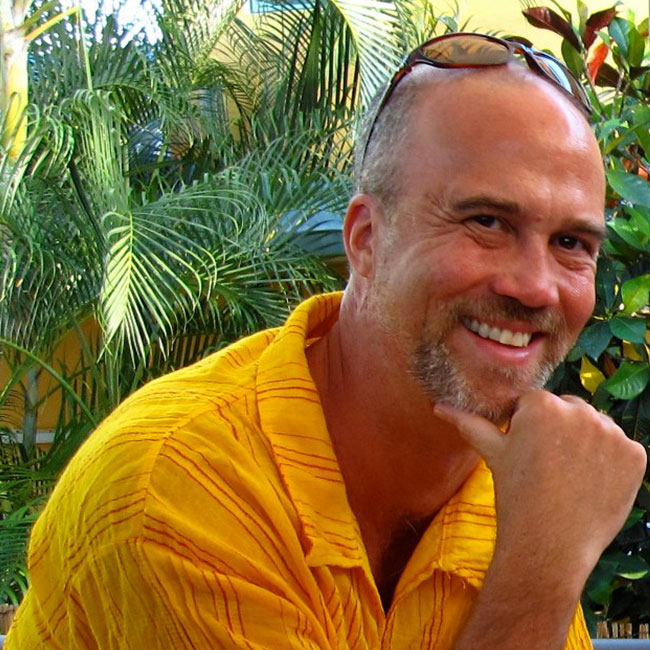 I have been performing and recording for over thirty years. During my playing career, I have been fortunate to have: 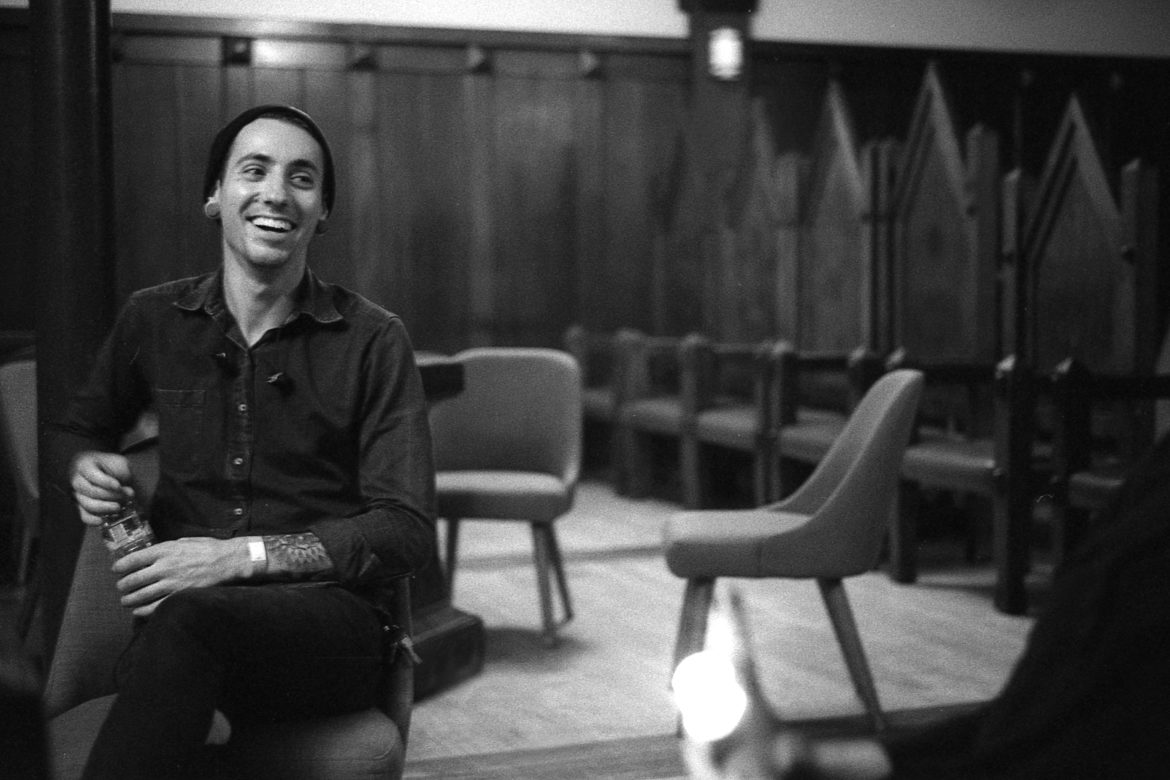 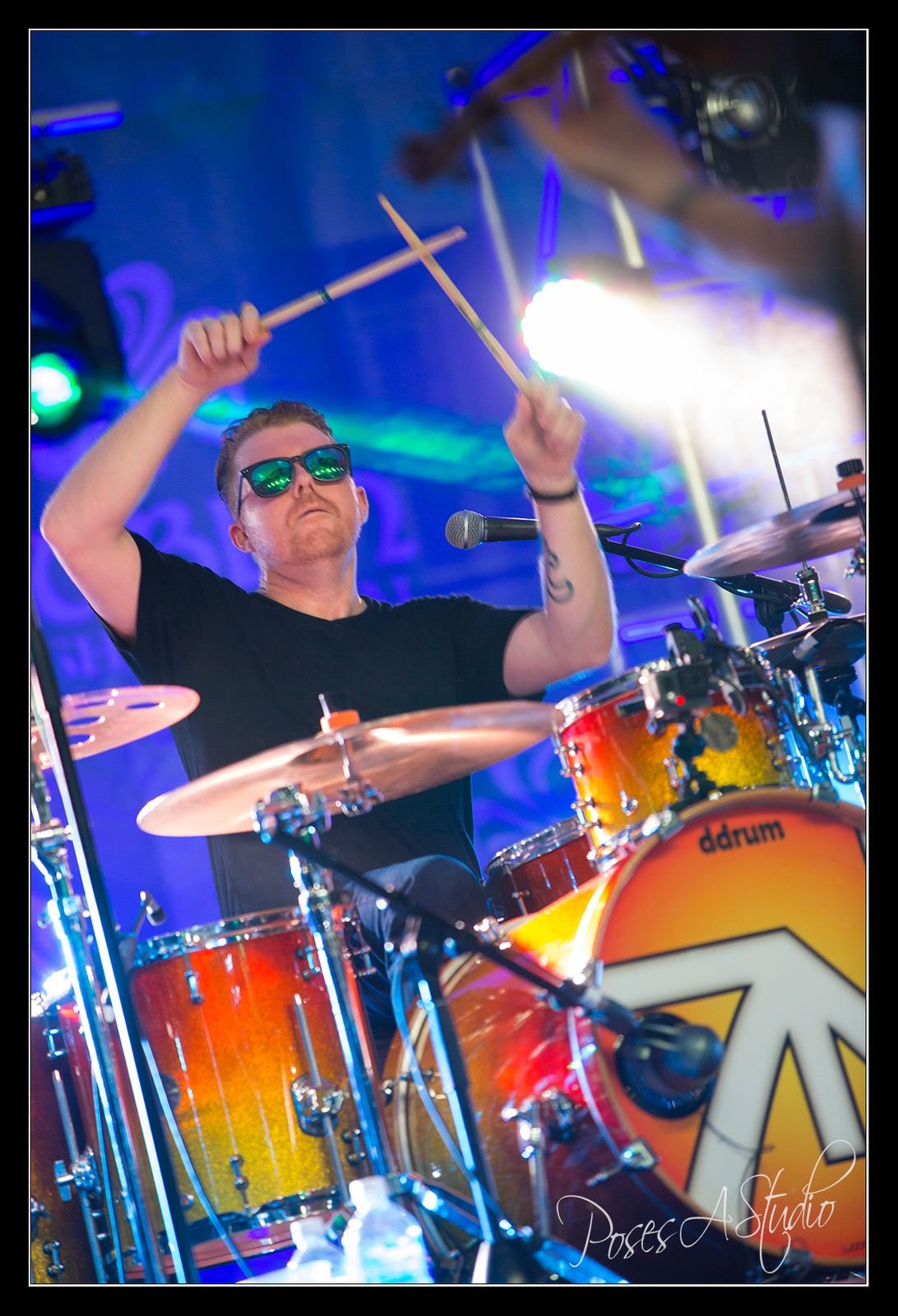 Angelo Christian Miceli, fondly known as “Crisco”, was literally born on the road while touring with his father’s classic rock band. He fell in love with drums at the ripe age of three when he discovered how much noise he could produce playing them. Though self taught early on, in order to feed his drumming obsession, Crisco has studied percussive styles both personally and professionally including jazz, rock, R&B, marching percussion, funk, and heavy metal. He currently tours the world with popular Celtic-Rock band Seven Nations, as well as many other International artists such as The Stepcrew (Canadian Dance Production) and The Family Crest (Orchestral Pop Band). Crisco brings over 30 years of playing experience and 20 years of full time touring tips and tricks into his teaching. New to California, Crisco looks forward to working with the great folks at Dubs Drum Basement and spreading the joy of drumming to all the new drummers in the Bay Area. 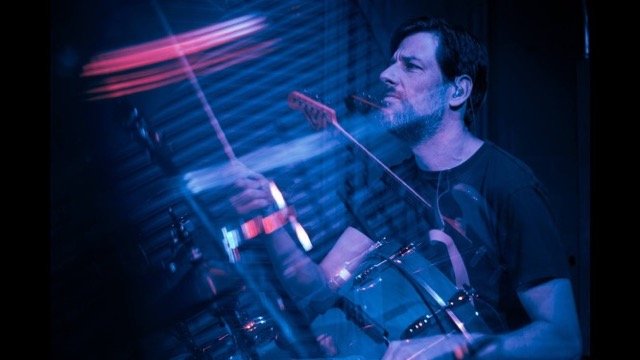 A native east-coaster, Dan began playing drums in elementary school and spent his high school years playing drum set and marching snare drum.  He received his degree in percussion at Towson University playing "Whiplash" and other odd-time big band jazz under Hank Levy, the composer of the tune used in the movie.  From there he began playing all over the east coast, while building a substantial teaching roster in the Baltimore area.  An original member of SR-71, Dan garnered a hit single with "Right Now" that was used in the film Dude Where's My Car.  National and international touring followed, along with a stint touring with Nine Days, supporting their hit song "Story Of A Girl."   He recently relocated to the Bay Area from San Antonio TX. 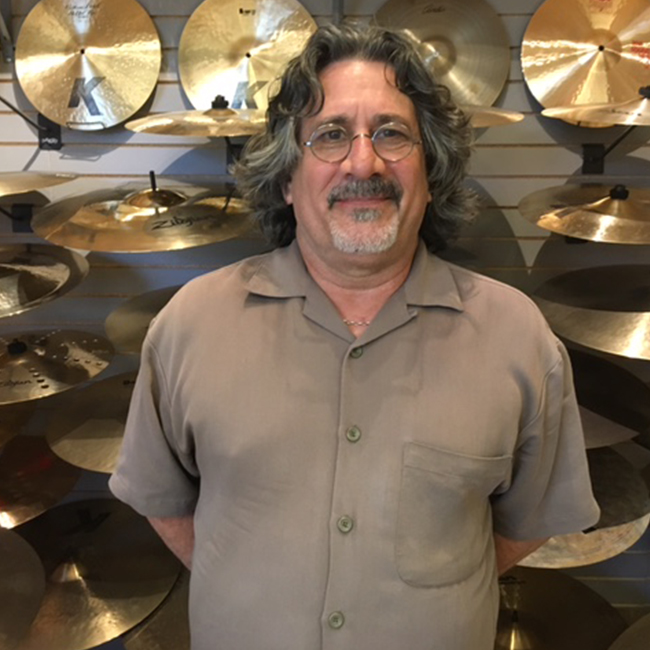 Tom Rose has performed across the United States and in over twenty countries around the world at events like the Montreux Jazz Festival, Glastonbury Music and Arts Fest, New Orleans Jazz and Heritage Fest, Australia’s East Coast Blues Festival and the Fourth of July Celebration at the National Mall. Over the years of touring he was fortunate enough to perform and/or record with Clarence “Gatemouth” Brown, Steve Cropper, Bo Diddley, Buddy Guy, Matt “Guitar” Murphy, Scotty Moore, Ike Turner and Joe Louis Walker, among others and shared bills with B.B. King, Robert Cray, Stevie Ray Vaughan, Johnny Winter, George Thorogood and many more.

He has recorded for BBC One Radio London, ZDF Television (Germany), Radio France, House of Blues Radio Network and CBC Radio-Canada as well as Verve, Blue Thumb and House of Blues Records and the Smithsonian. He was a student of Bob Richards and Steve Erquiaga and has over twenty years of private teaching experience, bringing the unique perspective of someone who has truly “done it all.” Tom also plays bass, keyboards, and trumpet. 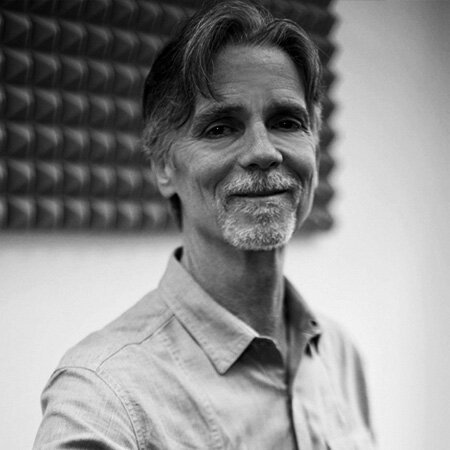 Burr was first drawn to the piano at the age of 10 when he heard Vince Guaraldi’s playing on the Peanut’s animated TV specials. He started out as a child prodigy drummer; he was the only child out of 5 siblings not forced to study the piano. It wasn’t until he was in high school that his focus turned to the keyboard. He then discovered that there were too many drummers to compete with and the piano became his instrument of choice.

After years of touring with such artists as Maria Muldaur, The Alison Brown Quartet, Paul McCandless, Michael Manring and Kathy Kallick and recognition including a feature spot on Windham Hill’s Piano Sampler II, Burr is stepping out with his first solo album, Piedmont Avenue. His playing is as likely to be inspired by James Taylor or Doctor John as by Oscar Peterson or the Yellowjackets although he says it is his love of folk music that has influenced him most. His musical diversity has enabled him to tour and record with a variety of artists and has made him the ideal pianist for the ground breaking folk/jazz group, The Alison Brown Quartet. Burr explains, “I play a sort of jazz piano version of the vocal music that I love to listen to. That’s what influences me. I love to play and study jazz but I listen to vocal, folk/singer/songwriter music. I’m always searching for that melodic song-like quality when I improvise.”

Dave Elitch Instructional Course
Sisters on the Drums - an all women's drum camp based in Auburn, California.